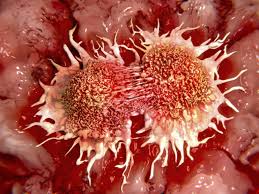 The enzymes P4D1 and Abscissic Acid (ABA), both found in Easy Pha-max wheatgrass, strip cancer cells' protective covering so that our body's immune system can attack and easily destroy them. According to some studies, abscissic acid is a formidable anti-cancer agent that, even in small amounts, it's deadly against any form of cancer. Numerous health problems were proven to be alleviated by simply consuming wheatgrass. Other enzymes and amino acids also found in wheatgrass help with digestion, lower blood pressure, break down cancer cells, aid the liver and improve the immune system.

Cancer cells cannot thrive in an alkaline and well-oxygenated environment. As such, wheatgrass is a powerful food for cancer patients since it helps provide an alkaline environment to the cells while chlorophyll oxygenates the body.

Antioxidants, e.g. SOD, Vitamins C, E, bioflavonoids, carotenoids and other phytochemicals and enzymes, are also abundant in wheatgrass. These prevent cell damage and mutation that may lead to cancer or hasten spread of cancer cells in the body. In fact, enzymes and amino acids in wheatgrass have been shown to deactivate the carcinogenic benzopyrene found in charcoal broiled meat and smoke fish.

Wheatgrass also contains B17 (laetrile), which is effective in fighting some cancers and is commonly used by alternative doctors nowadays.